The award ceremony of “Promoting Honesty” video contest for secondary school students was held today (28th May) by the CCAC at the hall of the Luso-Chinese Technical and Vocational School. The Commissioner Against Corruption, Cheong Weng Chon, stated in his opening speech that the CCAC attaches great importance to youth education on honesty, integrity and compliance with the law, and hoped that the secondary school students, when producing their video clips, could reflect and establish in their minds a proper understanding of the importance of these values.

The contest featured two categories of participants, namely Junior Secondary Group and Senior Secondary Group, and the creative videos were subordinated to the themes of “Fair Competition”, “Values of Money”, “Honesty and Loyalty”, “Incorruptibility” or “Trustworthiness”. As the contest received overwhelming response, a total of 89 entries from 18 schools were collected. The jury was composed of Professor of Department of English at the University of Macau, Tan See Kam, the Chairman of the supervisory board of the Audiovisual CUT Association, Ho Ka Cheng, art and culture professional, Joe Tang,local young director, Ao Ieong Weng Fong, and the Head of Education and Awareness Division of the CCAC, Ao Man Wa. The jury selected 15 videos from each group based on the theme expression, creativity and inspiration, as well as filming techniques, and subsequently awarded the winner, 1st runner-up, 2nd runner-up and the works of merit of each group.

All of the award-winning videos have already been uploaded to the dedicated page of the CCAC’s website for free viewing. 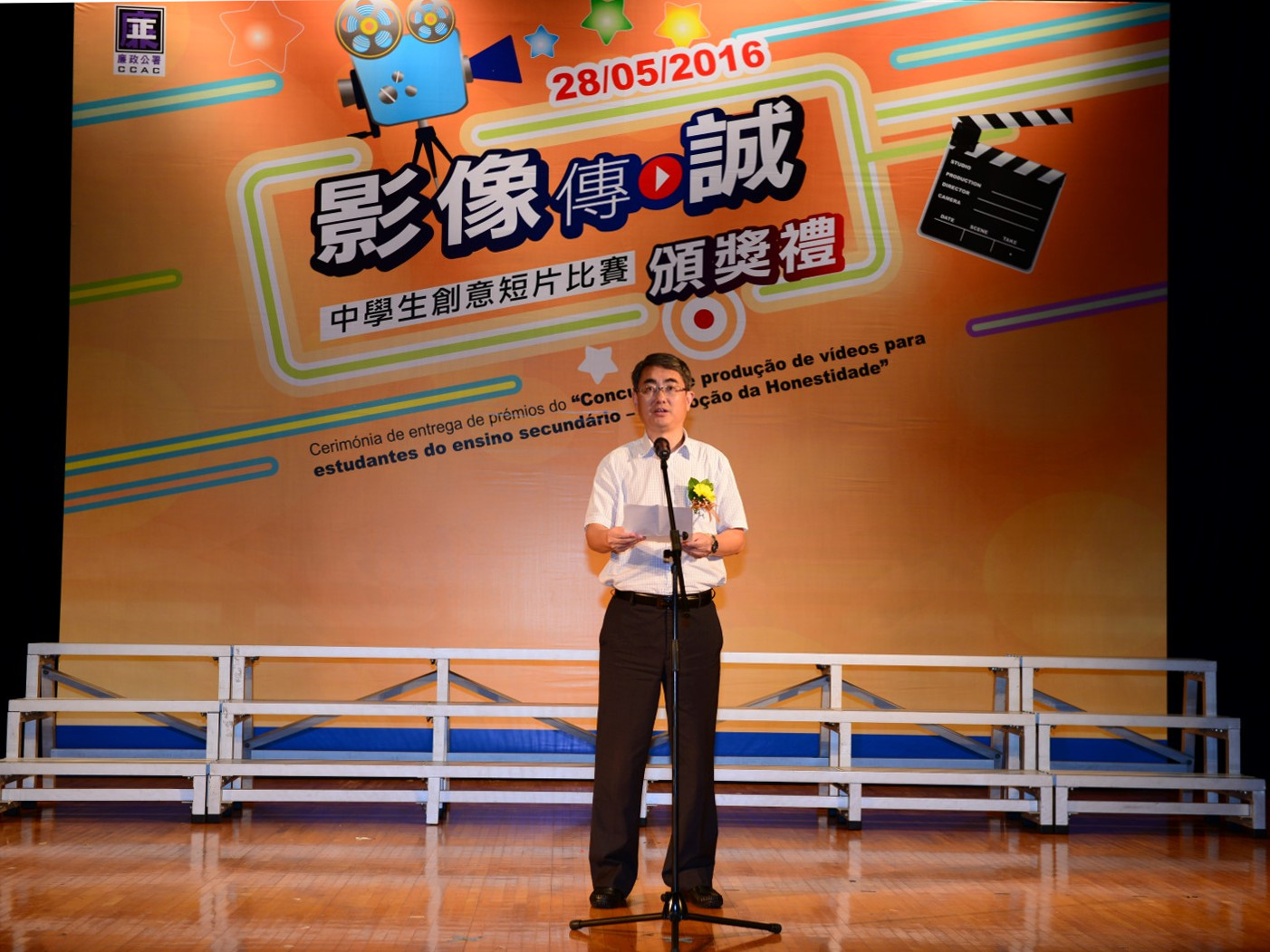 The Commissioner Against Corruption, Cheong Weng Chon, delivering a speech Guests, jury and award winners
A- A A+